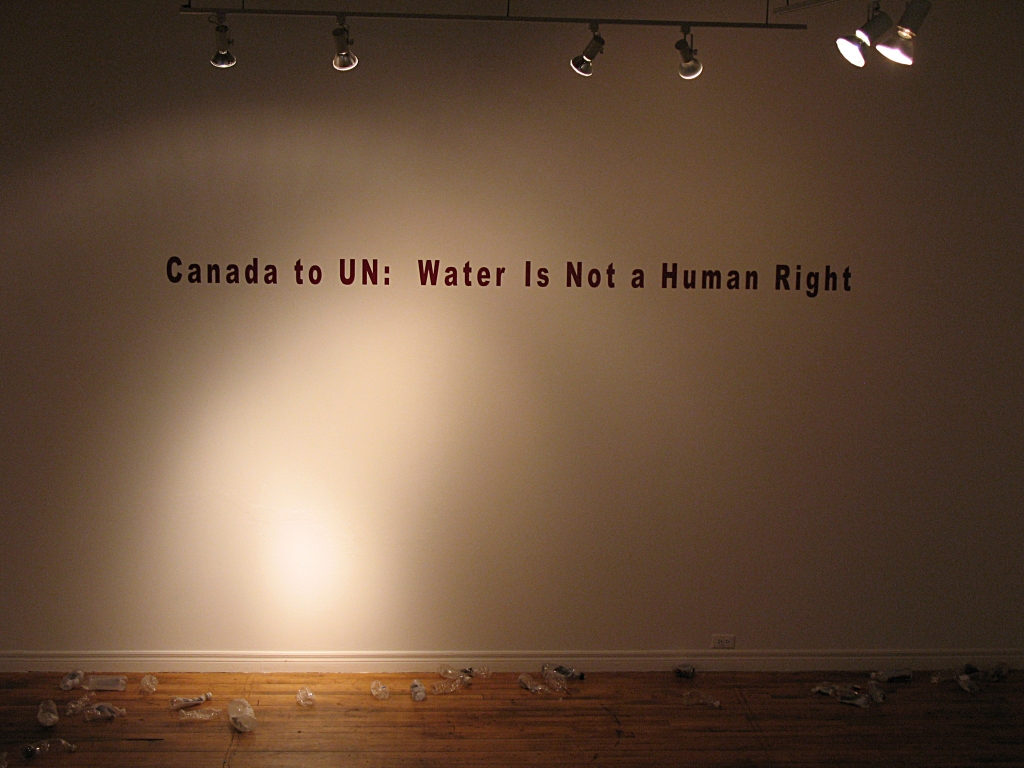 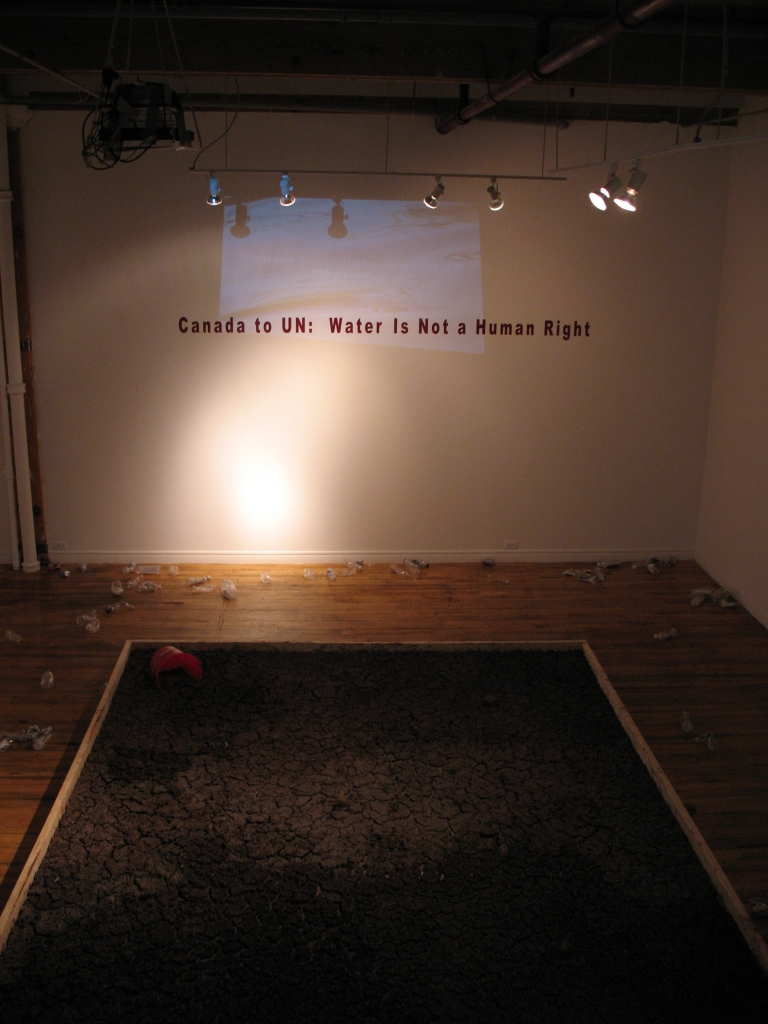 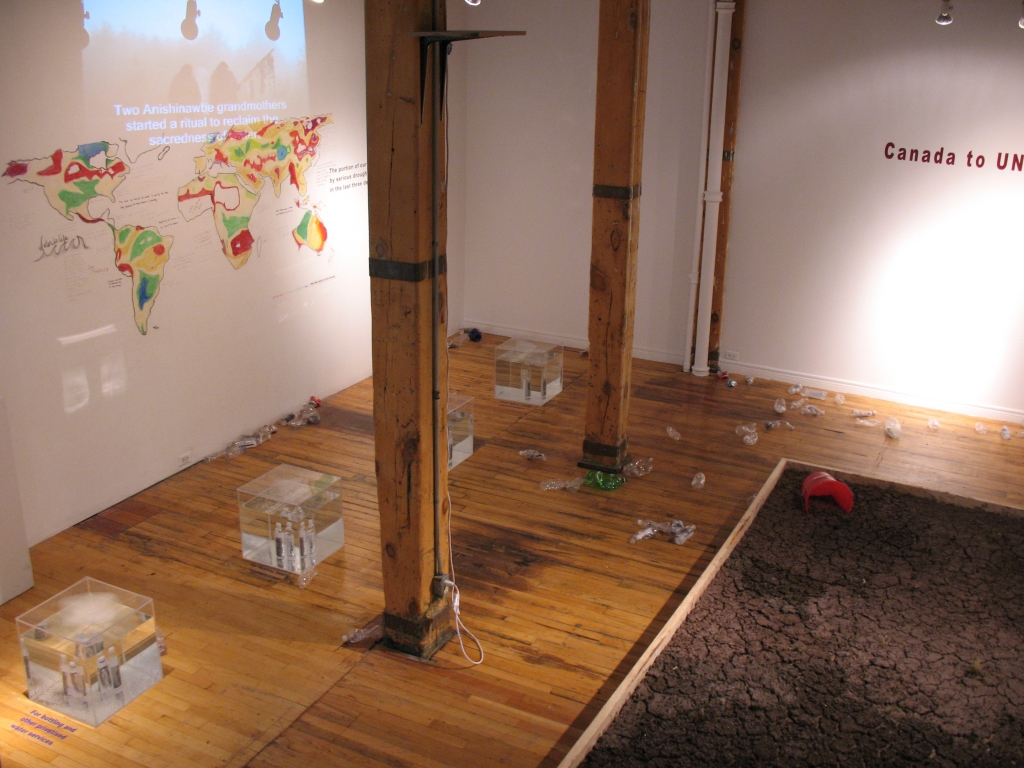 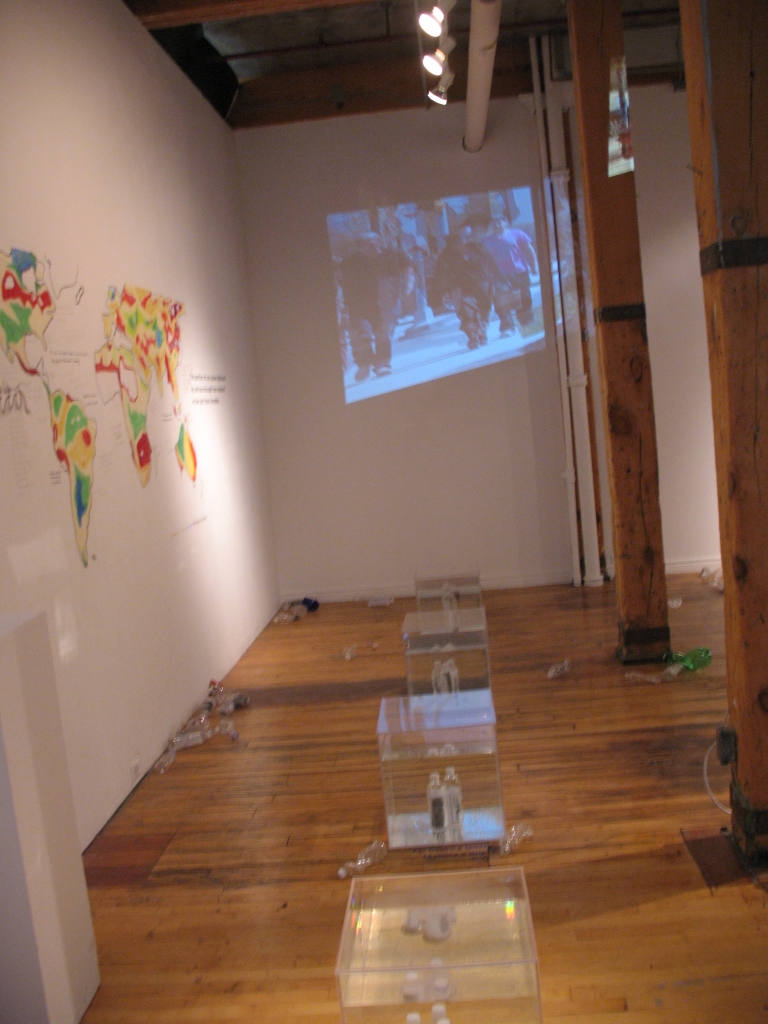 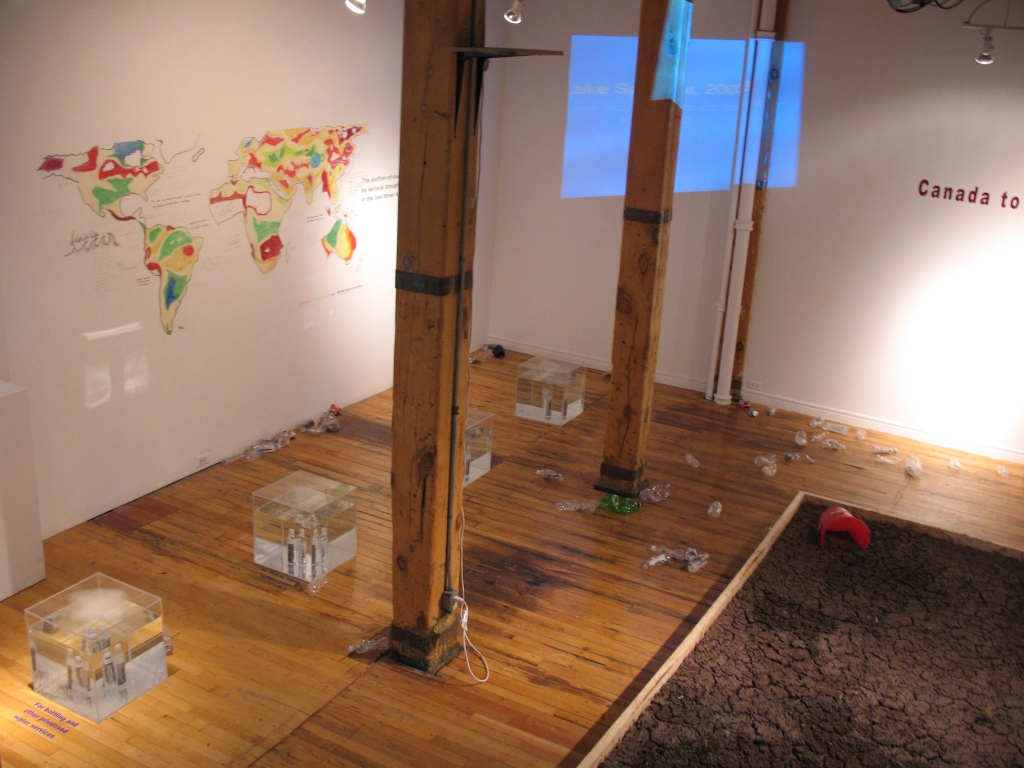 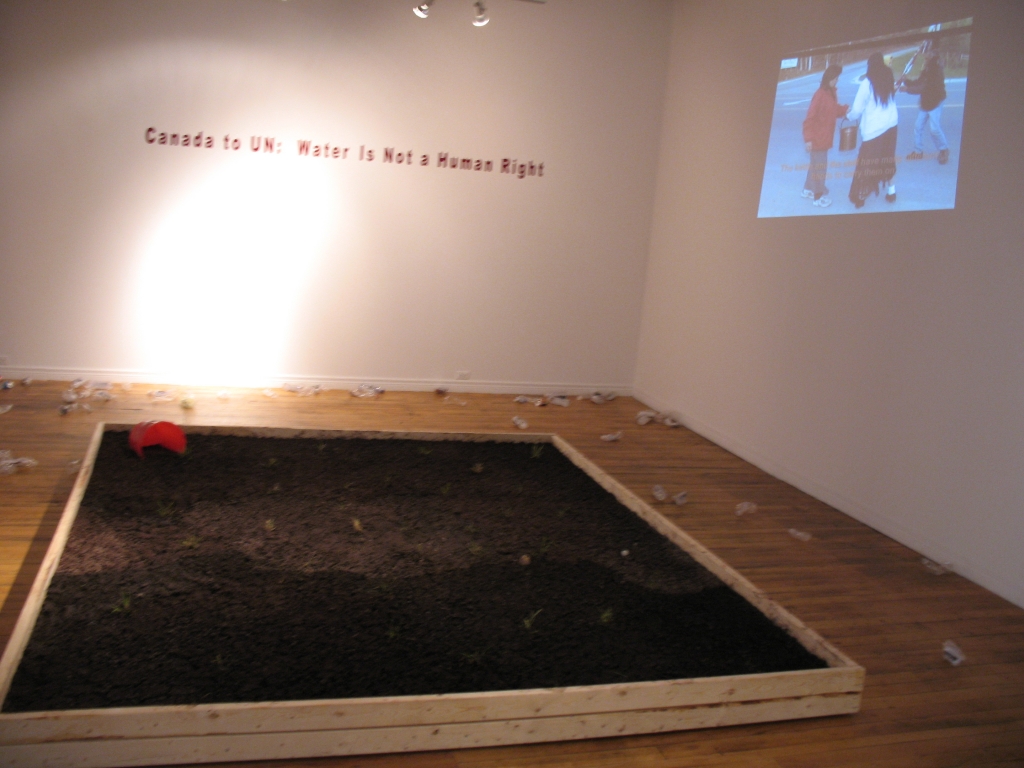 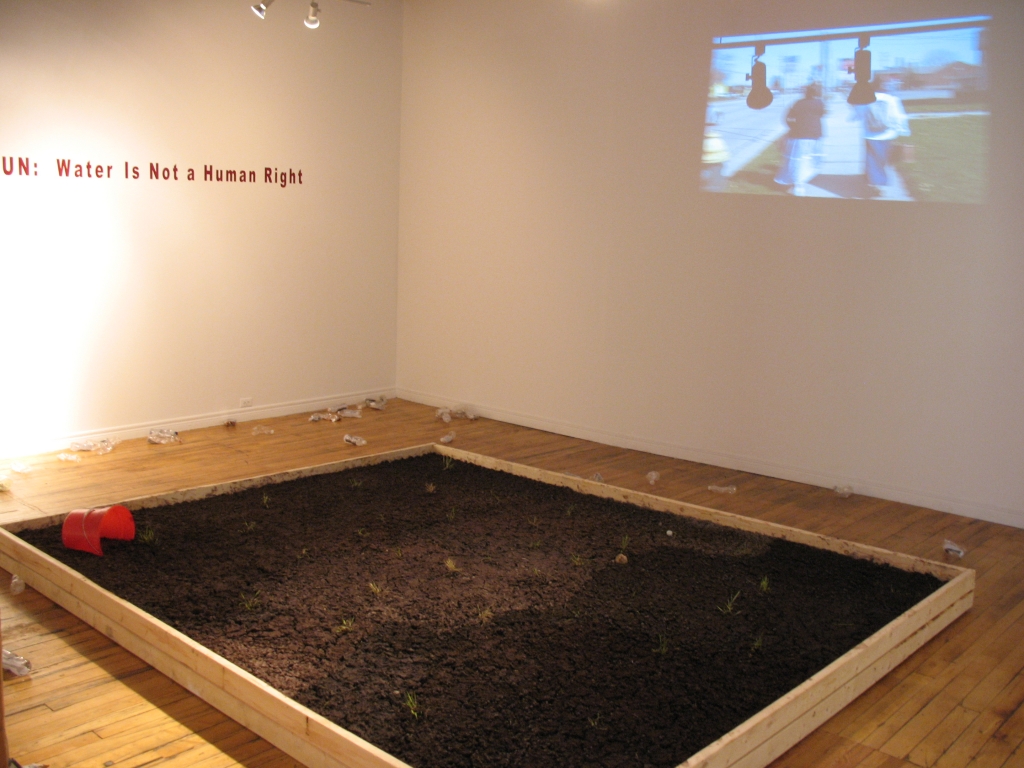 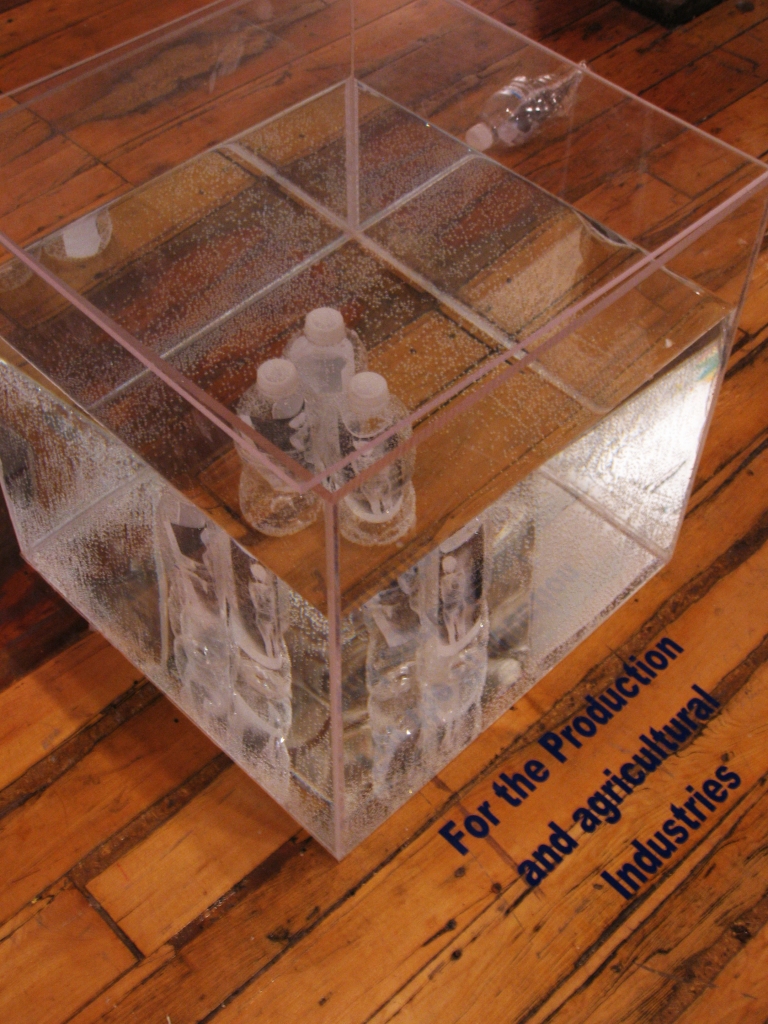 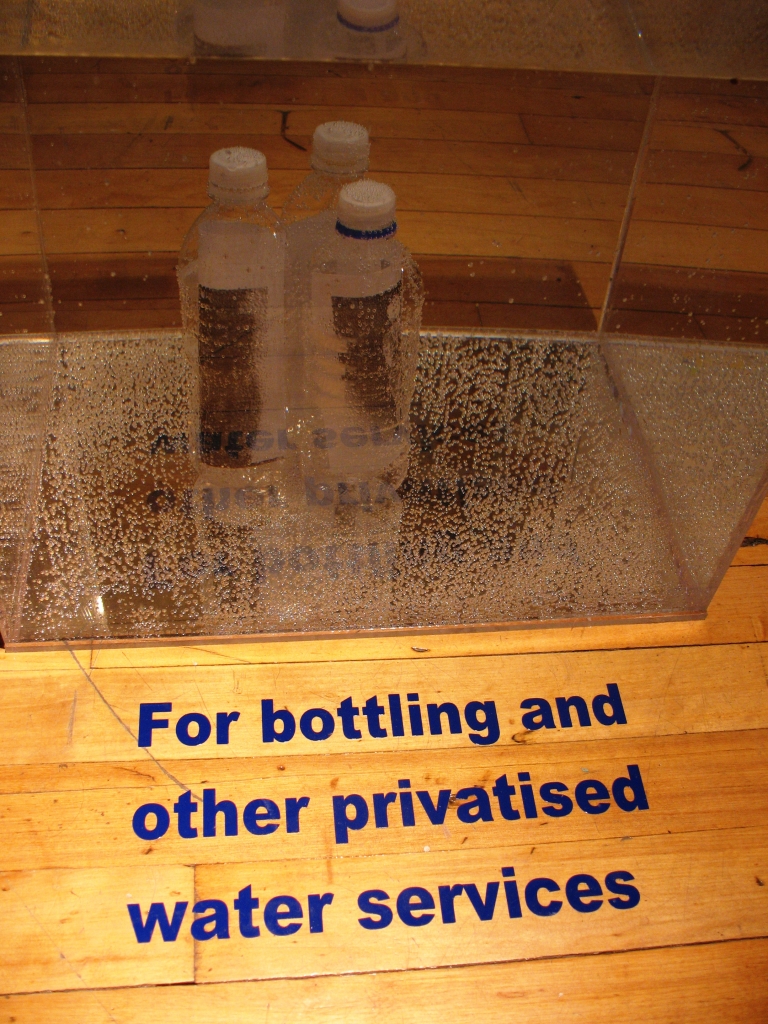 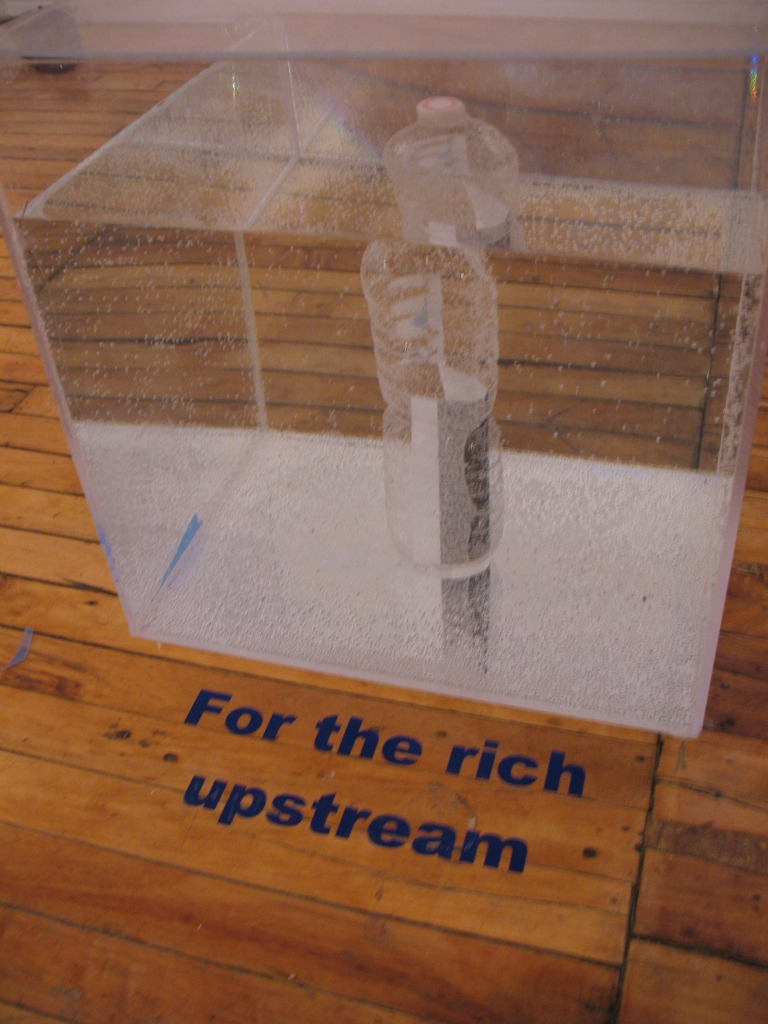 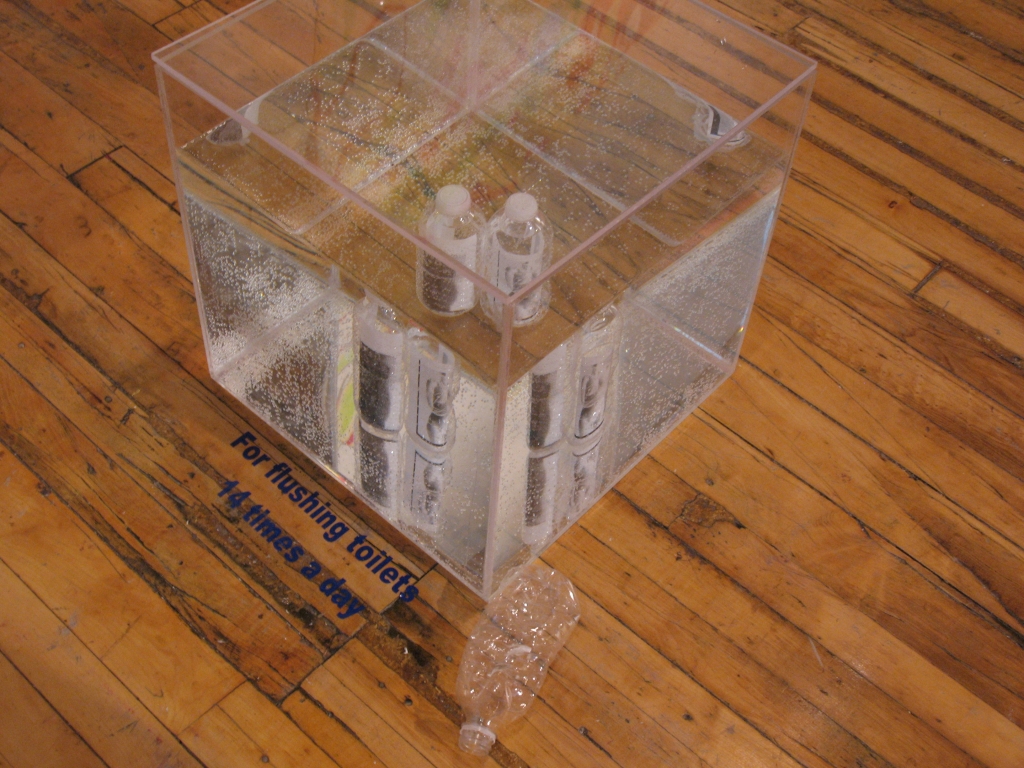 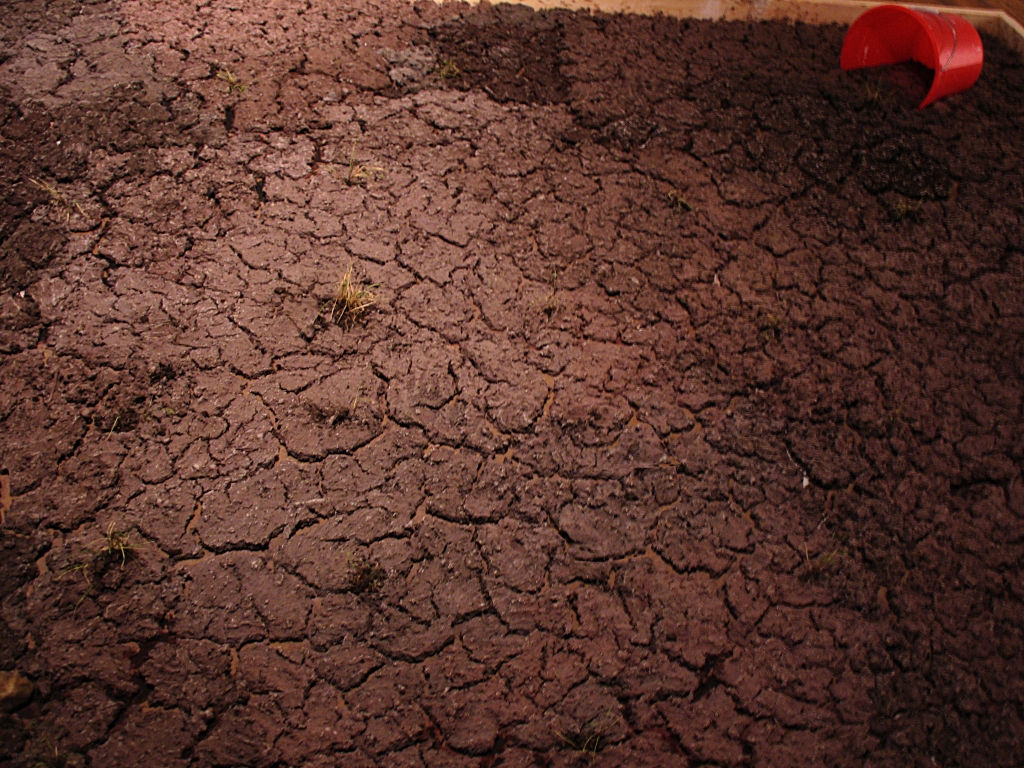 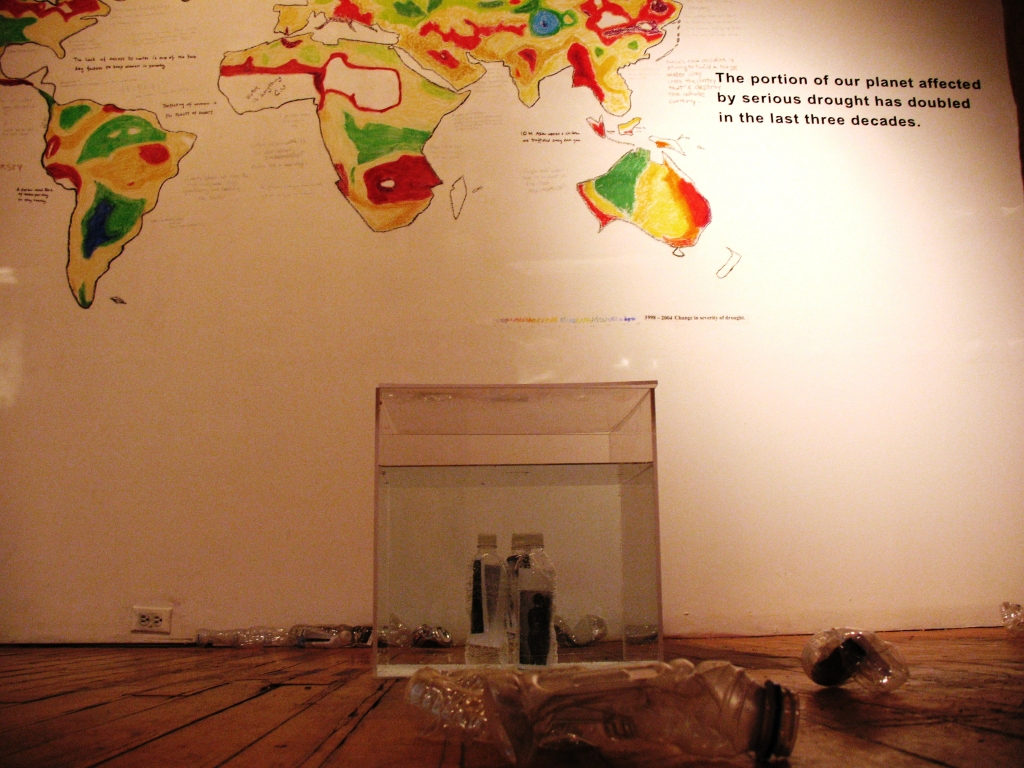 While floods and hurricanes command the media’s attention as effects of global warming, severe and intensifying droughts have been largely un-reported even as the percentage of land affected has substantially increased over the last decade. Privatization of water by bottling industries, and the prioritizing of industrial
needs, aggregate the problem for communities with little political/economic power.

Dry Spell highlights environmental injustices against the global South with special attention to the ordeal of women. Many have suffered and perished as they tried to bring home water and feed their families. In the gallery, the artist constructs a drying, cracking ‘paddy field’ with gradually dying seedlings. Also in the gallery lie four locked 80 litre water boxes. At the Third World Water Forum, it was said that 80 litres of water per person, per day are necessary to maintain a reasonable standard of life. Text etched onto the boxes references uses such as pop and bottled water, toilets and urban etiquette, industry and agricultural processes etc. On the floor lie scattered bottles of water containing submerged pictures of women of ‘colour’ consumed/to be consumed and discarded away. A dim projection  documenting a group of women from the First Nations, walking around one Great Lakes ceremonially each year, to reclaim the sacredness of water is projected onto the  gallery walls and circles, representing their annual santification efforts.  This group of people named their action Mother Earth Water Walk.

p.s. After finishing reclaiming the sacredness of the Great Lakes, they have moved on to walk the major rivers. 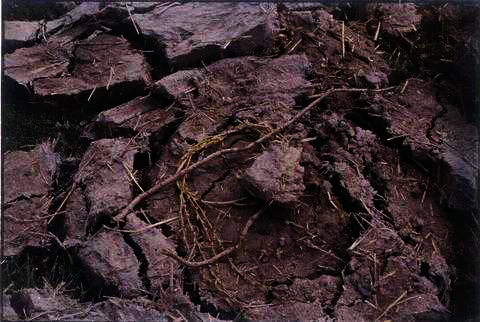 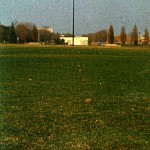 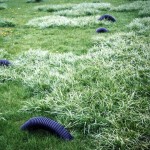 It is a project using art as a means of doing research and also as thesis for my Master in Environmental Studies final project, in understand how the setting/operation of a university campus affect its dwellers and its environment, including the stories and realities it created or hid.  It also looked at how making art together could form communities that could counter and unmask these effects. The above pdfs presented the installation as thesis part in short hand.

More details and images to come….